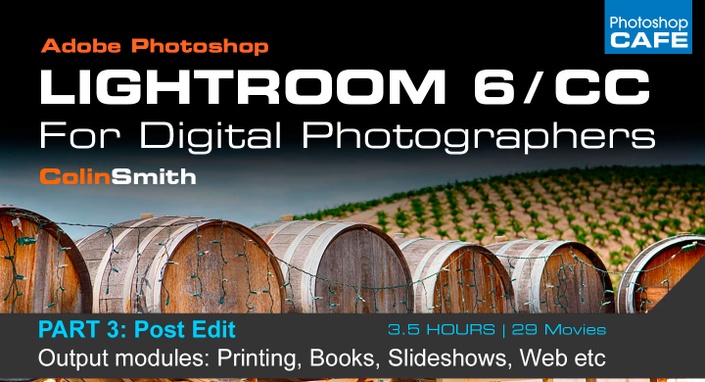 Lightroom CC for Digital Photographers, part 3. Beyond the edit!

sharing, publishing and printing your photos. Make books, websites, slideshows. Use Maps to tag and sort your photos and make pretty prints of them.


This third part of a 3 part series covers everything there is to know about sharing, publishing and printing your photos. Make books, websites, slideshows. Use Maps to tag and sort your photos and make pretty prints of them.

This is the fun part where you get to fix common problems with your photos and them use the powerful tools in Lightroom to transform them into works of art!

THE award-winning A-Z guide to using Lightroom (2x PPA Hot One Award winner). One of the most-loved training resources is new for Lightroom 6 and Lightroom CC! Learn all the new features and workflows. No matter your level, you can quickly master Lightroom 6 with effortless ease.

This is the most comprehensive video on the market for Lightroom. This 6th edition is recorded in beautiful HD from the ground-up for Lightroom 6/CC. Learn how to import, organize, develop and output all your captures with effortless ease. Enjoy in-depth coverage, pro techniques, secret tips and Colin's way of breaking down even the most complex tasks into quick and easy to understand techniques. You'll spend less time in front of the computer and more time behind the camera!

If you are new to Digital Photography,an old-hand or someone looking to learn the "correct" way of doing things, look no further. Watch over Colin's shoulder as he demystifies Lightroom. You'll learn all the shortcuts, tips and tricks from a true expert. Do you ever get frustrated with tutorials that don't work in the real world? In many cases Colin shows you multiple methods so that you can choose the one that's best for your photo. This is not like other training videos. The techniques aren't from a classroom bubble. This is what works today in the real-world. There are no monotone presentations with boring uninspiring images. You'll learn tons, you'll have fun and most of all you'll be inspired. See why millions of people are passionate about PhotoshopCAFE training. (30,000,000 to date). 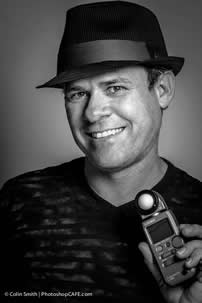